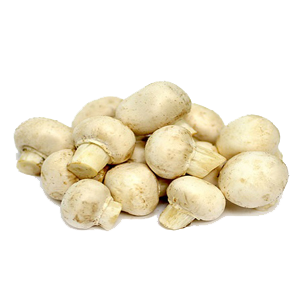 Mushrooms are not plants! Recently it has been discovered that they are more closely related to animals. But at one time, Fungi, including mushrooms, were believed to be close relatives of plants so much of their nomenclature (names for parts of the mushroom) are close to the names used for plant parts. It is the fruit (like an apple) of the mushroom “body” and contain mushroom “seeds” called spores. The body of the mushroom in called mycelium and its individual parts are microscopic. Since the body of the mushroom is usually dispersed over a relatively large area it is rarely noticed. In nature some species of mushrooms may have a body that spreads over hundreds of square miles!
Mushrooms are fungi, and are usually placed in a Kingdom of their own apart from plants and animals. Mushrooms contain no chlorophyll and most are considered saprophytes. That is, they obtain their nutrition from metabolizing non living organic matter. This means they break down and “eat” dead plants, like your compost pile does.
The body of the mushroom stores nutrients and other essential compounds, and when enough material is stored and the conditions are right they start to fruit – produce mushrooms. It is a hidden kingdom. The part of the fungus that we see is only the “fruit” of the organism. The living body of the fungus is a mycelium made out of a web of tiny filaments called hyphae. The mycelium is usually hidden in the soil, in wood, or another food source. A mycelium may fill a single ant, or cover many acres. The branching hyphae can add over a half mile (1 km) of total length to the mycelium each day. These webs live unseen until they develop mushrooms, puffballs, truffles, brackets, cups, “birds nests,” “corals” or other fruiting bodies. If the mycelium produces microscopic fruiting bodies, people may never notice the fungus.

Most fungi build their cell walls out of chitin. This is the same material as the hard outer shells of insects and other arthropods. Plants do not make chitin. 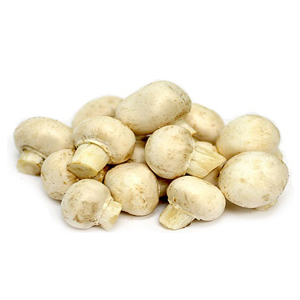 Mushrooms and the health of our planet

Fungi feed by absorbing nutrients from the organic material in which they live. Fungi do not have stomachs. They must digest their food before it can pass through the cell wall into the hyphae. Hyphae secrete acids and enzymes that break the surrounding organic material down into simple molecules they can easily absorb – this is composting. Recent scientific studies have sown that Mushrooms Slow Climate Warming In Northern Forests.

Mushrooms are good for you. And they’re also good for our planet. As world-renowned mycologist Paul Stamets discusses, mushrooms can potentially solve some of our most pressing and serious problems.
In his wildly popular TED talk, he explains how they can:

How to add more mushrooms to your diet

If you’re interested in adding more mushrooms to your diet, you can include mushrooms in your meals in a variety of ways. Just be sure to eat them cooked (here’s why) — in soups, sautés, and as meat substitutes.

Eating a variety of organic mushrooms regularly is best. You can choose from white, cremini, Portobello, oyster, shiitake, maitake, reishi mushrooms, and other types of edible fungi.

But be careful because some wild mushrooms are not edible and are toxic to humans. Therefore, you shouldn’t pick mushrooms to eat from the wild unless you have been trained to identify them. But you can grow your own.

To get you started eating more mushrooms, here’s a delicious plant-based recipe for Mushroom Fettucine Alfredo, which could be a great way to add the health benefits of mushrooms to your diet.

If you want to find out more about how you can prevent and fight cancer with mushrooms, as well as which mushrooms are best to eat, and other ways you can enjoy mushrooms every day,

All types of edible mushrooms contain varying degrees of protein and fibre. They also contain B vitamins as well as a powerful antioxidant called selenium, which helps to support the immune system and prevent damage to cells and tissues.
In particular, white button mushrooms are one of the few non-animal sources of vitamin D. When they are grown, whether indoor or outdoor, they are exposed to UV light which increases their concentration of vitamin D.
Mushrooms are being increasingly researched and used for their important health benefits with different varieties having different medicinal properties.